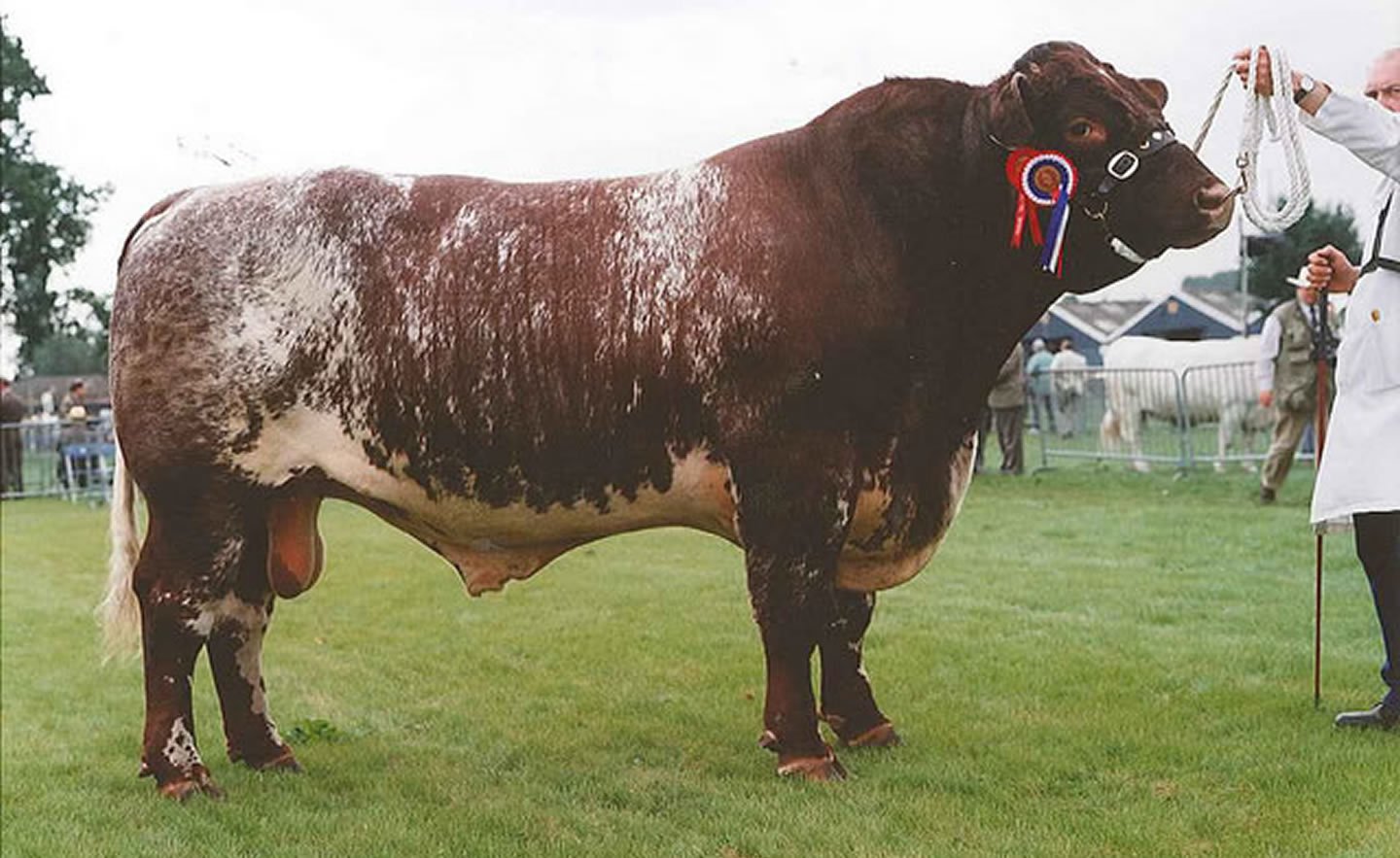 The Chapelton Shorthorn herd was first established in 1942 by my father James Biggar and grandfather Walter Biggar. Several commissions to purchase Shorthorns for clients in the States gave rise to an interest in the breed and eventually the development of the Chapelton herd.

Throughout the 1950s many bulls were exported to the United States, Australia and Argentina. These included Bright Fashion, a famous sire for the Kelso Herd in New South Wales and Criterion, re-sold for £8750 at the Wongala dispersal in 1959 for a record Australian beef breed price.

During the 1960s the demand grew for larger cattle, and the Shorthorn lost popularity to the Continental arrivals. The first bull to mark a new direction for the Chapelton herd was Denend Glendrossan purchased as a third prize bull at Perth and subsequently Champion at the 1967 Highland Show. His sons proved very influential and several were exported to Argentina and Africa.

Thereafter, Australian bloodlines and judicious use of Maine Anjou blood helped increase the growth rates and muscularity of the cattle. The most important bull used in the 1990s was Tofts Romany, who produced hard-working and functional daughters and stock bulls for many of the leading herds in the breed.

Tragedy struck the herd with the FMD outbreak in 2001. The entire herd was destroyed and the task of rebuilding seemed a daunting one. Some of the old bloodlines were to be found in daughters of bulls previously sold to other herds but a rapid return seemed unlikely. On a trip to Canada, I had visited some herds in northern Alberta. Importing some of these new bloodlines as embryos provided a route to re-establishing the Chapelton herd.

The herd today, is a combination of imported bloodlines, blended with those we purchased in the UK. Fortunately we had collected semen from Tofts Romany when he was ten years old with a view to revisiting his bloodlines sometime in the future. This semen is now being used to integrate Romany blood into the herd once again.

Neutron is a maternally focussed 2yo and available

Nearco will be at the Stirling Sales on the 21st F

Novar and one other Chapelton #Shorthorn bull will

Heathermaid is heading to Stirling with two Shorth

One of our 2019-born #Shorthorn heifers earlier th